The IUD is a small, plastic T-shaped device that is inserted into the uterus to prevent pregnancy for up to ten years. All IUDs are considered 99% effective at preventing pregnancy.

There are five types of hormonal and non-hormonal IUDs currently available in the United States: the Mirena™ IUD, the ParaGard™ IUD, Skyla™, Liletta™, and Kyleena™.

Most IUDs are covered as preventative care by insurance. Even without insurance, IUDs are cost-effective over time, low-maintenance, and easily reversible if a woman wants to get pregnant. Any form of IUD can be used if a person is healthy, regardless of whether they have previously given birth to a child. 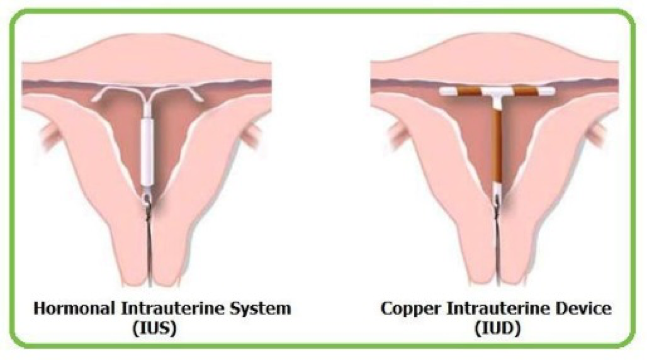 IUDs do not protect against sexually transmitted infections (STIs). Use condoms to reduce the risk of STI transmission.